We had lots of fun making light up valentines over the past week. The goal was to make a valentine that could be turned off and on. Lots of great, innovative switches!
View full article → Win a Talking Stuffie kit in our Spooky October Sweepstakes! Leave a comment on our blog for a chance to win. One of the things we did at camp this summer was a cardboard arcade challenge.

Early in the week, the 9-12 yr olds watched the Caine's Arcade video. This is a great video. Out of 4 camps worth of kids, only one of them had seen it before!

We spent the next couple of days working on various projects with motors and LEDs. I encouraged the kids to work on their plans for the games. Our camp was two 1/2 day sessions. One group was 9-12 years old, the other 6-8 years old. While I spent a 1/2 day making with one group, the others were out doing recreation activities with two awesome GNAG counselors. For the cardboard arcade challenge, the idea was for the older kids, the 9-12 year olds, to make the arcade games and host an arcade for the younger kids. I was totally and completely blown away by the complexity of the games and how much care they took setting everything up.

I was primarily focused on making the games. And the games were impressive. We had water games, pinball games, ball throws, basketball games. Even spinning games of chance! The kids worked with rubber bands and angles and levers to get the movement they wanted. Some of them started introducing the tech we were working with earlier in the week. The games were awesome. But so was the prize table! The kids who were done their games first made prizes to give away to the little kids. They set up a structure and some rules about prizes, and even made tickets. (The second week I brought tickets in - mistake! It's more fun to make your tickets.) The younger kids made games too. We watched Caine's Arcade and they spent a shorter amount of time working on their games. Some games were simple - a cup, a spoon, and a ball. Some games got really complex. Motors were very popular! What I didn't expect was how long after camp the activity would stick with them. My first hint was this tweet:

Which was followed by: 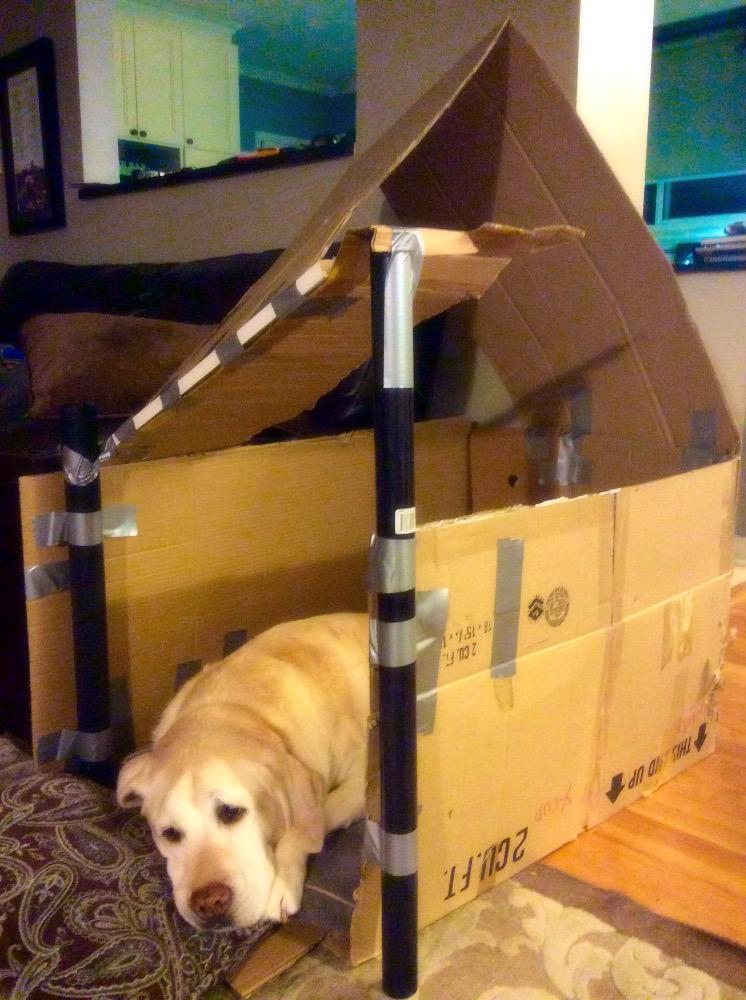 
And then I started hearing about Will's Arcade. Will was one of the older kids in the 6-8 year old camp. He's attended a few workshops with me before and exhibited his work at the GYA Science Hack we took part in. When Will's mom started emailing me a couple of weeks ago with pictures of Will's Arcade, I wasn't that surprised. But the cool thing was, he kept going! Will's has now been working on his arcade since camp, six weeks. He has it open on the weekend for customers. And he's made enough money to refill his prize wall - twice!

The only problem is - it's getting colder. And soon Will's Mom and Dad are going to need to use their garage for their car. The 2015 Global Cardboard Challenge is October 10. You can find out more about the challenge, the Imagination Foundation, and what's going on in Ottawa that day at their website.

The boys have been talking about starting a YouTube channel for ages. Both of them choose to spend most of their screen time on YouTube. They are usually doing research. Nanik likes fish videos (he loves The King of DIY, full of aquarium projects) and Hari splits his time between BookTubers, GMM and Cole and Marmalade. It's funny, this generation is growing up on video. I've always been better with words and reading. But both boys start their research on YouTube.

When school ends they always choose a couple of projects to work on during the summer. This summer one of the projects they chose was to work together on starting a YouTube channel for Maker Junior. I was more than happy to have them take this on. They obviously know more about this medium than I do.

Through their involvement with Youth Ottawa, they discovered Youth Active Media. YAM runs multi-week programs during the school year. This summer they started one-week programs at various libraries and community centres around the city. Nanik took the program early in the summer. (You can see his video The Book Quest on YouTube.) Hari's just finished his week. (Hari's video is Searching for Sasquatch.) They spent several weeks researching camera equipment. Maker Junior provided the budget.

[Note on summer projects: I discovered, this summer, that if you ask your kids to do something, and you agree with what they're doing, you gotta provide a budget to go with it. ]

They worked hard to get the equipment ready for Maker Festival in Toronto. They wanted to interview people and ask them some questions they've been thinking about: "What is a maker?" and "Do makers have to use tech?" I am thrilled with the end result.

Working on the video at the Maker Festival helped them meet new people and explore more of the event. Asking the questions started some great conversations! From my perspective, Mom's perspective, I thought this project helped them:

And they've only just begun! It's been a pretty fantastic beginning though. On their first day of filming, ever, they managed to get an interview with John Tory, Mayor of Toronto. What a scoop! And John Tory has my gratitude for gracefully sharing his tips for conducting a professional interview and providing thoughtful answers to their questions. And for signing their release form agreeing to appear in the video.

Making with Magnets: The 'gators

I was at an event this winter and the wonderful Phonesavanh Thongsouksanoumane from Agoralab gifted me with the Curt Gabrielson book Tinkering: Kids Learn by Making Stuff. This was a very timely gift, I was running out of renewals at the library!

There's a section on magnets in the book and I thought it looked like fun. So I found a reasonably priced bag of magnets and took it in to my primary inventors workshop with a bunch of craft supplies. We had a lot fun! And so, I'd like to introduce, Attractigator and Repelligator. I liked Repelligator the best. I like the way his jaws hovered open. But the kids were way more interested in Attractigator. They found it much more satisfying to have his jaws snap shut! As I mentioned, the MaKey MaKey is one of my favorite tools for working with kids to integrate the physical and virtual worlds. Here are some of my favourite things to do and some areas to explore: 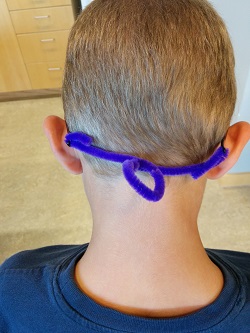 If you've been following along for a while, you know that at Maker Junior we love to take things apart. Taking something apart is a fantastic way to learn how it works. Seeing a part in context provides great clues to understanding its function. If you're going to drop something off with electronics recycling, why not take the time to take it apart first? When we take things apart, we are always focused on safety. It is Safety First when we select what we're going to take apart, when we prepare the pieces to take apart, and when we get down to work. View full article →
1 2 Next »